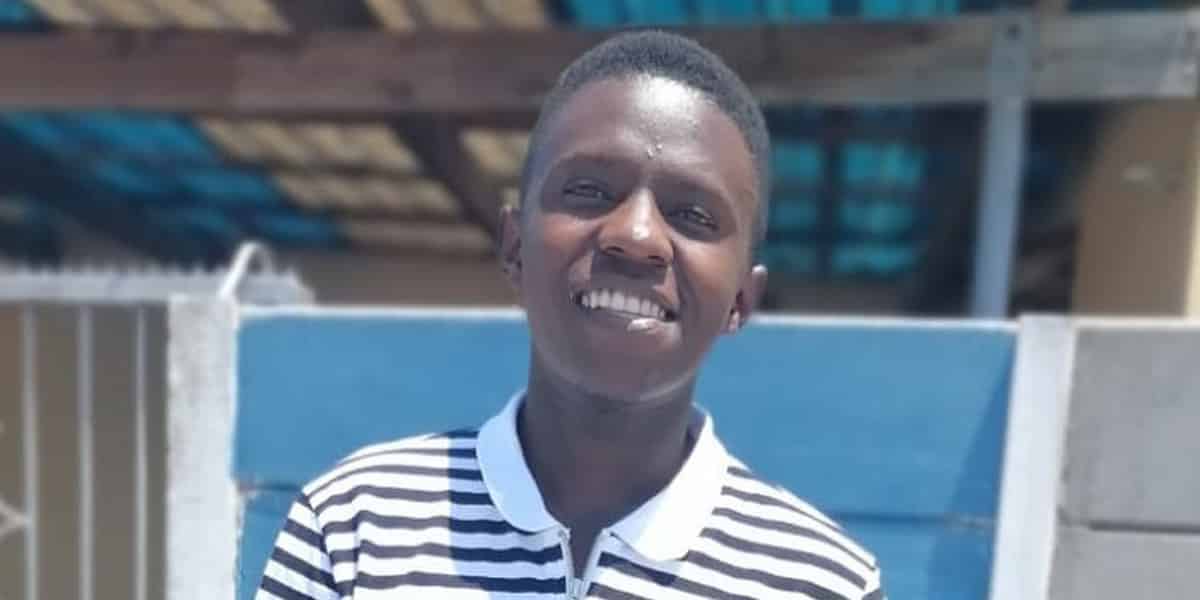 Today Nelisa is a Procurement Officer at a Building and Civils company having attained a National Diploma in Office Management and Technology at Walter Sisulu University after completing High School.

Coming from an extremely humble upbringing, living in an area fraught with gangs, the idea of receiving a quality high school education was not something Nelisa thought was possible.

“I was born in eNgcobo, Eastern Cape (former Transkei). My father tragically passed away not long after my sister and I were born and my mother had to raise us as a young widow. She came to Cape Town to find work where she lived in impoverished and poverty stricken communities until she was granted an RDP house.

“My mom worked as a house keeper/cleaning lady for multiple households in order to provide for us and to ensure that we were able to attend school. During mid-year school holidays she would send us to our grandparents in Eastern Cape because we were too young to be left alone.

“The KMF scholarship came when I was in Grade 8, while attending Salt River High, a school located in a gang infested area. I was struggling academically and socially and as a result of gangsterism and being a victim of bullying, I was accepted into the KMF family and was gifted the opportunity of attending Camps Bay High.

The Kay Mason Foundation offered me a life-line. Through the Foundation I was opened up to a world of opportunities that were far-fetched for me. It put me in a place where my growth, development and education was engraved in me.”

The scholarship had a big impact on Nelisa’s family too.

“After being offered 100% scholarship and being one out of eight scholars to live in the boarding house, my mother was offered financial freedom from paying school fees, transport fees, food, accommodation and school excursions. This was really helpful and we will forever be grateful for what the Foundation has done, and what it will forever mean to us.”

Finding a way to achieve his dreams

The KMF placed Nelisa Qomiyana on platforms where career guidance and education was a priority. KMF arranges workshops to ensure that students are well equipped and facilitated for career choices.

However, after completing high school Nelisa’s path was not an easy one as he struggled to gain a university scholarship.

“After matriculating I was not able to get into varsity, so I spent most of my time trying to stay positive and finding a job until university applications for the following year would open. Eventually, I would get small jobs here and there through labour brokers. I would also then join youth empowerment and skills development organisations to try and keep busy. In 2014 I applied outside the [Western] province at UJ, NMMU, WSU, etc which was when I got admitted to Walter Sisulu University, in the Eastern Cape.

“In my first year, I tried out various extra mural activities that I had participated in, but eventually ended up joining the student affairs society, which introduced me to student politics. I was fortunate to stand out in articulating meetings and coming up with ideas and solutions and I was recognised as one of the few individuals from my organisation to be nominated as an SRC candidate. I then went on to be deployed as the Secretary General of the Student Representative Council of the campus where I remained in service for a 12 month term.”

Life continued to present challenges for Nelisa Qomiyana while at Walter Sisulu University which saw him at the rockface of some of the dire issues our tertiary education faces today.

He relays this harrowing story…

“The University being  historically disadvantaged, with its facilities not properly maintained and managed, poor living and teaching conditions, is known predominantly for student unrest and protests. Now it happened that students had broken out into a protest because their faculty grievances were being neglected and not attended to and we as leadership were not made aware of the situation, within the affected department and the department student leaders were supposed to facilitate the mediation.

“The matter got out of control and students went on a mass demonstration and as far as burning tyres, tree logs and open fires. We then assumed leadership by sitting with affected departments and all stakeholders involved. We were unable to come up with an immediate solution and students who went on protest decided not to resume classes until some issues from the submitted memorandum of grievance was resolved. The SRC would then sit with management to come up with solutions while coordinating peaceful marches and ensuring that students were peaceful.

“One morning I was woken up early by students who told me that there was a certain group of students who had decided to ‘turn up the heat,’ so that their grievances would be taken seriously.

“I was the one who got to the site first since I was residing in the campus residence. They had already lit up an open fire and started burning tyres at the main gate, blocking the entrance and we arrived just before they started lighting a fire at the campus library. We were obviously outnumbered and there was no way we could overpower them. The mob was very angry and unruly, we tried talking to them, tried explaining the process and trying to convince them not to burn anything, but they were very unreasonable when we tried to engage with them. There was a long period of back and forth with the violent crew and we were able to stop them from starting the fire at the entrance of the library, confiscated all the petrol and flammable material and then dispersed the crowd.”

Having completed High School over 10 years ago Nelisa says he wouldn’t really be able to offer any suggestions for improvements to the KMF Scholarship but says he would be delighted to become a mentor.

We have no doubt Nelisha’s experiences would be of great value to our KMF scholars.

Visit our Support Programs page for more on the Kay Mason Foundation model of Selection, Accountability and Support.

Facebook-f Linkedin Twitter Instagram
© Kay Mason Foundation 2022 | All rights reserved. Privacy Policy
Manage Cookie Consent
To provide the best experiences, we use technologies like cookies to store and/or access device information. Consenting to these technologies will allow us to process data such as browsing behavior or unique IDs on this site. Not consenting or withdrawing consent, may adversely affect certain features and functions.
Manage options Manage services Manage vendors Read more about these purposes
View preferences
{title} {title} {title}